The other day, Hunter Fox mentioned “The Internet Infinity Fallacy:” it’s a great title, an important idea, and a better post. Take a minute and go read it.

Hunter Fox makes the case that the seemingly infinite amount of choice on the internet causes people to behave in a way that’s both rude to others (treating people as disposable) and worse for themselves. If there’s always another profile, why say yes to this one? In large cities you typically hear women complain that it’s hard to get men to “settle down.” In the suburbs or places with small dating pools, it’s usually obvious to men when they’ve found a good one, the woman at the top of their plausible range, and they know the pool very well. The number of “good ones” is small, and she’ll marry someone else if he doesn’t marry her. Men can typically intuit the correct search algorithm (or stopping point) and commit. However, in big cities, it’s quite hard to know what the pool size is, and therefore the correct stopping point and so they often search way longer than is optimal. Or the point becomes the search, not the finding. I was long ago introduced to a related paradox, the Paradox of Choice, that describes how humans are actually made worse off with more choices in some situations. Standard economic theory tells us that more choices can only make humans better off because you always have the original choice set so you can’t be made worse off. However, humans are not robots, and most of us have trouble deciding and suffer from information overload, become overwhelmed and/or freeze up when confronted with too many choices. More is NOT always better. I think this is what Hunter Fox is getting at.

These ideas are well worn in the economic and computer science literature. They are solved problems and known human heuristics and biases. However, it made me think of a more important concept from markets. Markets tell us a lot about how humans behave. People panic sell right at the time they should be buying, and FOMO into the tops of huge market pumps. Irrationality is the fundamental substrate of markets. Markets are a vehicle to transfer wealth from the patient to the impatient. They are graphs of human emotion. Nowhere is this behavior more visible than cryptocurrency markets of the last ten years. 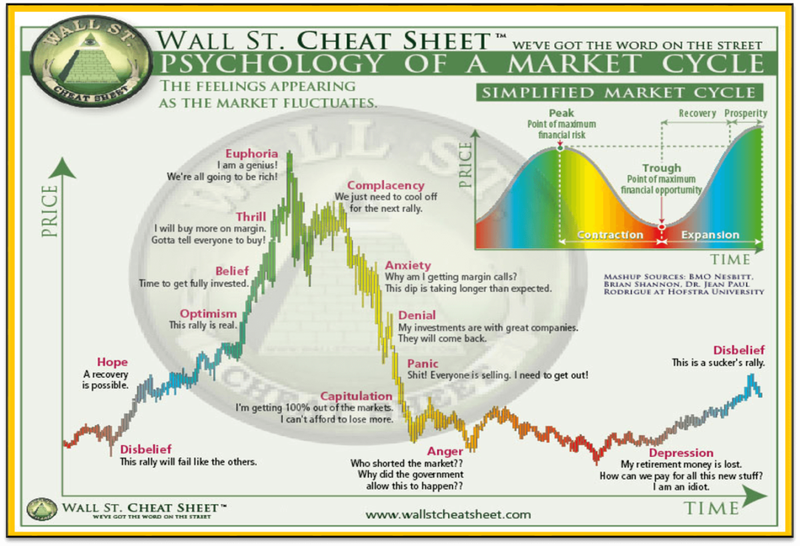 One of the ideas Hunter Fox is getting at, is that there is fake liquidity in the online dating market (OLD). The delta between the perceived infiniteness of the internet, vs the reality that there is actually quite a finiteness to “real” life can cause many people to make suboptimal decisions.

Cryptocurrency markets are famous for using every old trick in the market manipulation book because they mainly exist in unregulated jurisdictions. Fake volume, the simplest trick,has been widely used by crypto exchanges to bootstrap perceived liquidity on their way to gaining real liquidity. Fake liquidity begets real liquidity.

What does this have to do with women, and the infinite nature of the internet?

One of the grumblings you hear if you spend much time around the Red Pill and pickup corners of the internet is the entitled nature most women have in an OLD context. Studies show that women only swipe right on men 25% more attractive than they are. Some small differences in men’s and women’s behavior online causes them to have radically different experiences. Most women experience an amount of demand online that radically alters their experience of the world. Men who realize this should learn to do daygame and cold approach pickup. 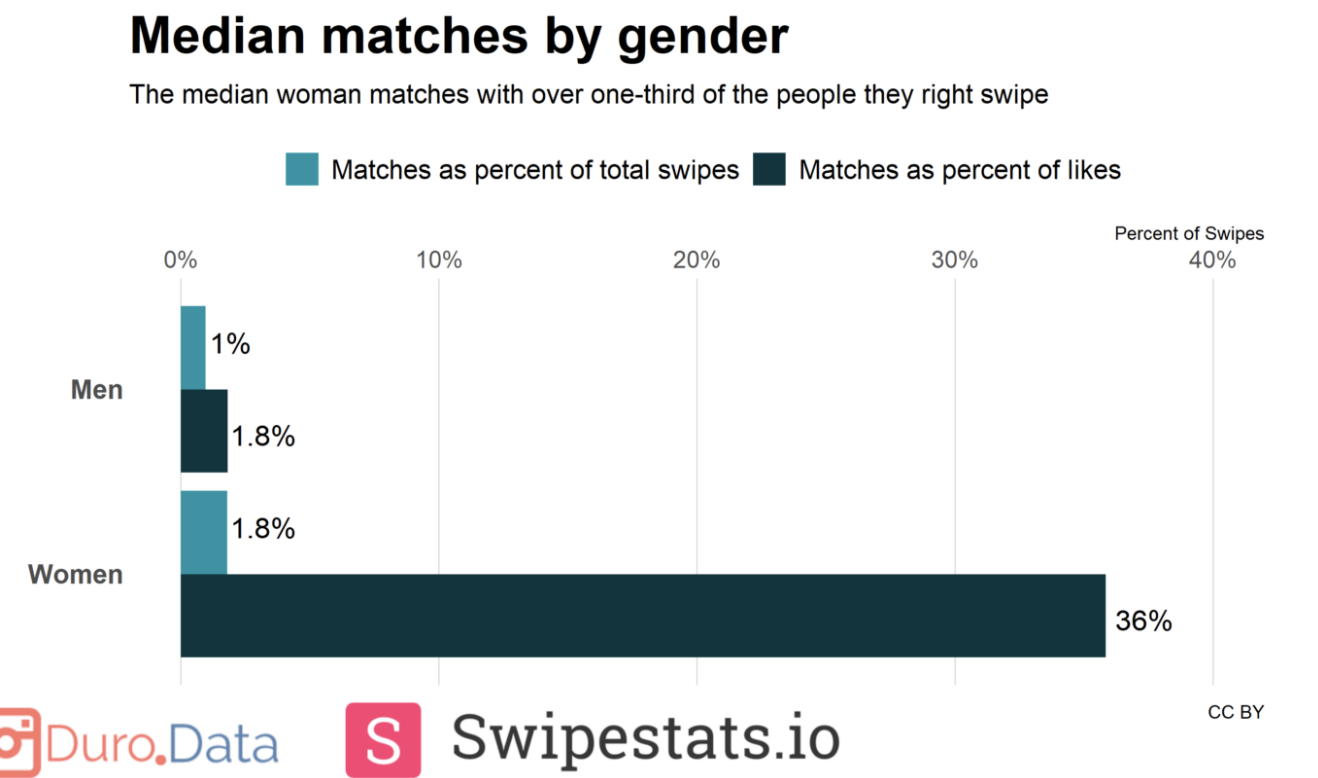 As the Red Quest has pointed out in many great posts, attractive young women start to get (often unwanted) attention from the beginning of puberty. By 18, they are subconsciously, and usually consciously, aware of the tremendous power they have over adult men. Despite a massive difference in social power, age, wisdom and wealth, a smile or a glance from an attractive young woman can often tilt the playing field or shift the power dynamic squarely in the girls favor. Despite this, for most of history, many women were unaware of how much power they actually have: societies were organized around families, and girls did what their parents told them to do. However, Instagram and OLD have made it impossible for women, no matter how geographically isolated, to be unaware of the demand for them. Where previously many women could grow up without ever being aware of this power, or using it, there is no longer a way for women to not notice this. The attractive nerdy girl in your biology class in college who historically might have dated the smart guy in her class who was lucky enough to be her lab partner is now getting upwards of 100s or even thousands of indicators of interest from 18 to 50 year old men via Instagram and OLD. The woman who might have gotten married at 22 and been dating the same guy nearly her whole adult life has noticed that thousands of men want to fuck her.

However, this insatiable demand few women avoid also warps their perceptions of the world. Market demand can often be difficult to interpret. Large multi billion dollar companies often go out of business because they misinterpret what the market is telling them, or when they interpret present fitness as a sign of future fitness.

Women look at the Tinder market and they see nearly infinite liquidity. Almost every time they swipe, they get a signal from the market that all the guys they pick (their top 5%) desire them. They interpret this as nearly unlimited demand for the product that they are selling. However, the market is being manipulated in the same way all markets have been throughout history. One of the classic market manipulation tricks is called spoofing the bid. When you are holding an asset (long) an important question is, “how much can I sell it for?” The more important question is the market depth at any particular price. If there’s one buyer who wants to buy $1 worth of whatever you’re selling, the thing you’re selling if you’re holding in size is actually worth a lot less than the price you see on the screen. If you’re selling $1M of some random cryptocurrency, you need to see how far into the order books your order would be sold into. What often happens is you see fake bids on the screen that are never meant to get hit, meaning that when you sell, before your order actually gets filled by buyers the market makers pull a bunch of that liquidity and you sell for a much worse price than you think you could get. Maybe your $1M of crypto shitcoin X is actually only worth $500K when you go to sell it. Which is why smart traders sell as prices are rising, not falling. You’re much more likely to find eager buyers as everyone thinks they’re getting rich, not when everyone in a crowded theatre on fire is looking to exit.

The analogy here is that women are actually selling into a classic market cycle. As they hit 18, they are in a raging bull market. Every dumbass cryptocurrency goes up 1000X in a crypto bull market, everyone is convinced they’re a genius, and everybody is convinced they’re going to be rich. Sadly, the vast majority of people will hold through the top, below where they bought, and down 90-99% from where they purchased. When they go to exit the altcoins they thought were worth millions will be worth thousands because all the eager buyers have become sellers all of a sudden. 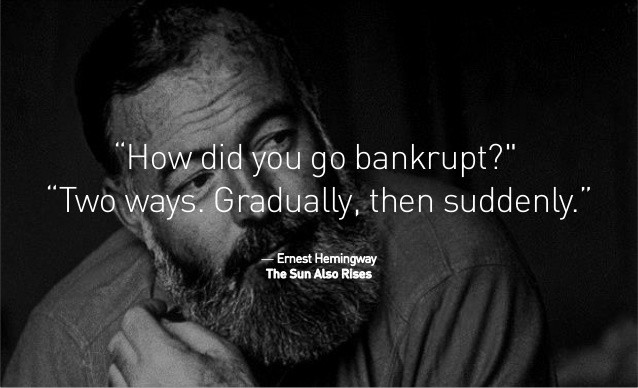 Women are holding assets that seem to have unlimited demand during a bull market. (18-28), and then they hit rapidly declining market values (bear market). Some women time the market cleverly and understand that most of the liquidity they see is not real demand to marry them. At best it’s a few sloppy fucks and then a ghost. Some women are strong bidders and sell into strength as the market has real liquidity for their assets. However, many more women are duped by the fake liquidity they feel on OLD and confuse a cyclical bull market for an infinite bid market. Stocks always go up, except when they don’t for decades at a time. Always sell into strength, otherwise the asset you thought was going to make you rich, won’t buy you a pack of cigarettes and a handjob.

The End of Women

The technological and social changes of the last 60 years have created extreme disruptions in the way men and women carry out the mating dance. The battle of...

The Paradox of Choice

The feminist movement is one of the best illustrations of “Be careful what you wish for”. The movement’s success created a paradox for itself: as women’s...

‘I supported the #metoo movement but the whole time I thought that they way that they handled it was stupid. It was…it was white. They were doing shit lik...

The Last Psychiatrist, one of my favorite writers, is famous for banging the drum about the most narcissistic generation in history: “Narcissists don’t feel ...