‘I supported the #metoo movement but the whole time I thought that they way that they handled it was stupid. It was…it was white. They were doing shit like going to the Golden Globes, and all of ‘em would be like “Let’s go to the Golden Globes and wear black dresses to give these men a piece of our minds!” Bitch that’s not going to work! You think MLK is going to be like…” I want everybody to keep ridin’ the bus but wear matching outfits!” You got to get off the bus and walk!

That’s real talk, that was a silly movement. “I want everyone to wear crochet pussy hats so they know we’re serious!” What the fuck was y’all doin. And then I said something about it in one of my specials and all these female actresses came after me and I said, “Man fuck y’all too, y’all cancelled. I ain’t jerking off to none of your pictures again.” They were like, “Who is he to tell us anything.” I’ll tell you exactly who I am. I’m the one that got off the bus and left $50 million dollars on the bus and walked. I agreed with these women! I just didn’t agree with what they were doin’ about it.

Right right. No it was annoying as fuck…because if these women were serious you know what they would’ve done? They all would have fired their agents. And they would have went to the mailroom of one of these big agencies and found a woman that was bustin’ her hump in there and said, “If you want to talk to us, then you have to talk to her.” And if they did that, then she would be big, and they would be big, and nobody would get fed to Harvey Weinstein. But did they do that? No! Was that their idea? No. Surprisingly it was mine. What I think the feminist movement needs to be very sucessful…is a male leader. I’ll do it. I will. I will lead you women to the promised land. I will make sure you get equal pay for equal work. I will make sure that nobody harasses you or fucks with you on the job. I will protect all of your interests. And all that I ask for in return…’ 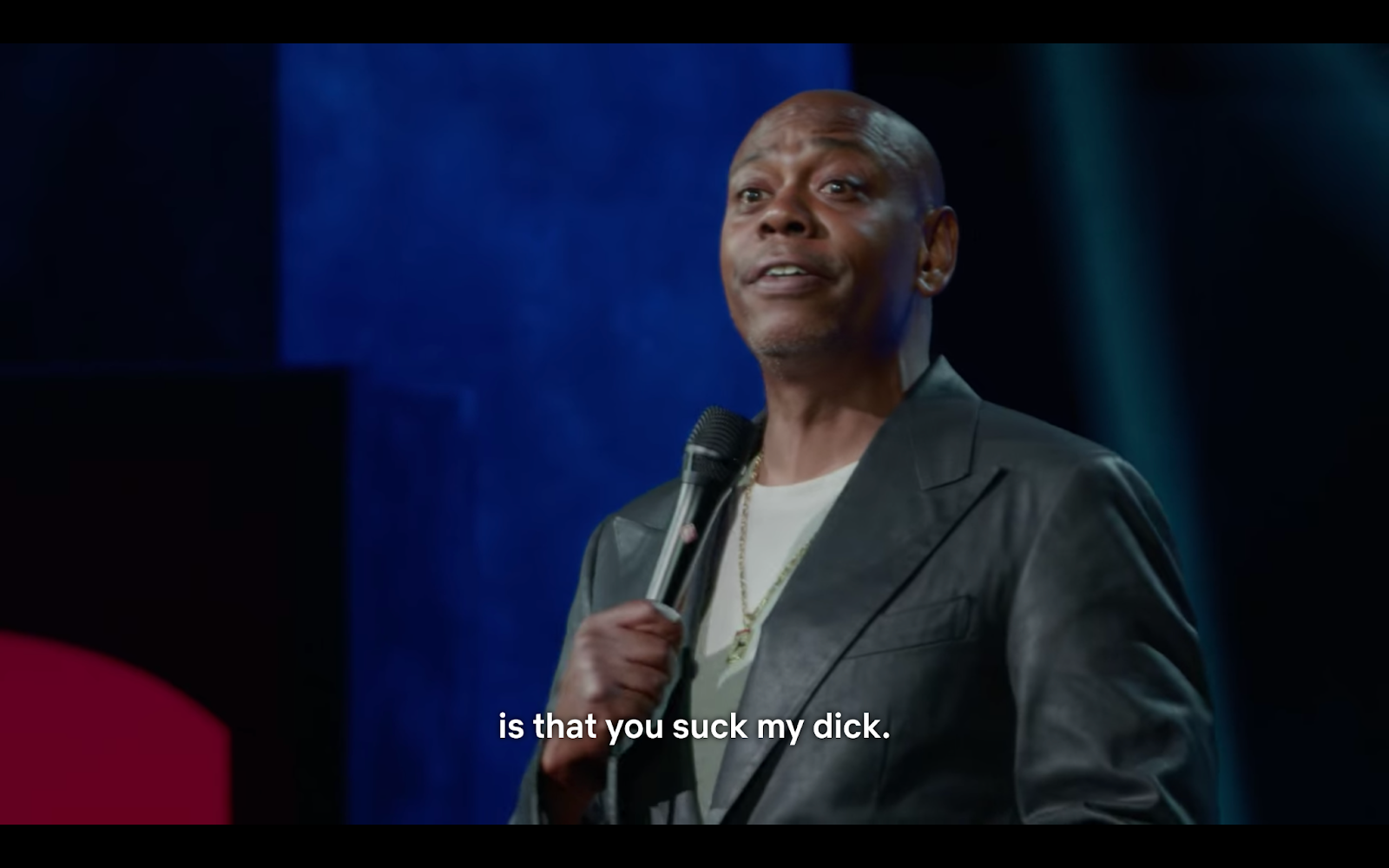 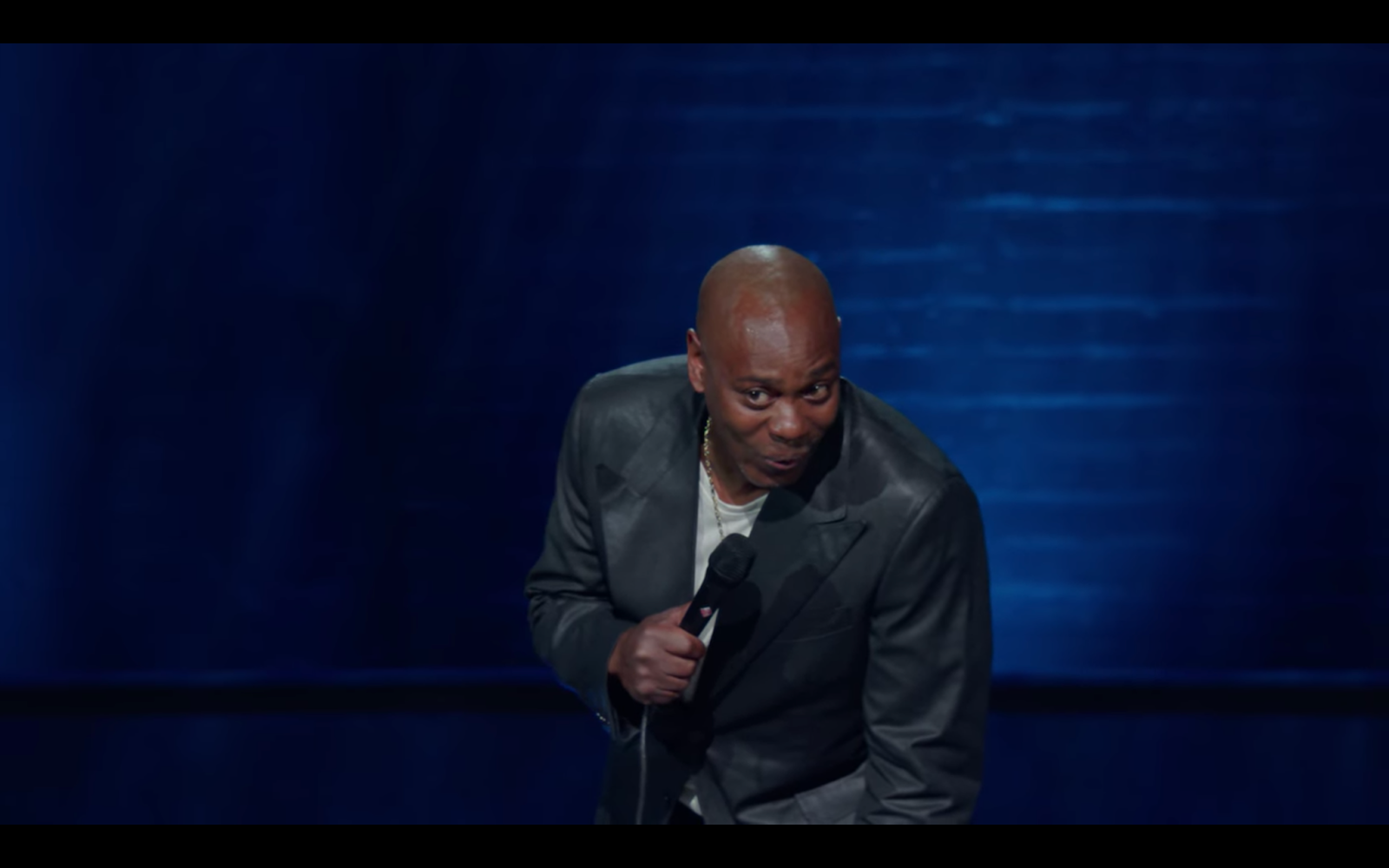 In the Greek play, Lysistrata…

Lysistrata has planned a meeting between all of the women of Greece to discuss the plan to end the Peloponnesian War. As Lysistrata waits for the women of Sparta, Thebes, and other areas to meet her she curses the weakness of women. Lysistrata plans to ask the women to refuse sex with their husbands until a treaty for peace has been signed. Lysistrata has also made plans with the older women of Athens (the Chorus of Old Women) to seize the Acropolis later that day. The women from the various regions finally assemble and Lysistrata convinces them to swear an oath that they will withhold sex from their husbands until both sides sign a treaty of peace.

The next day, or perhaps some considerable time afterwards, the sex-strike devised at the beginning of the text, begins to take effect on the men. Lysistrata spots Kinesias, husband of Myrrhine, approaching the Acropolis. Kinesias has a full erection and is desperate for his wife. Myrrhine refuses to have intercourse with Kinesias until peace exists between Athens and Sparta. Myrrhine hints that she might make love to Kinesias, but delays by going repeatedly into the Akropolis to fetch things to make the couple comfortable. As Kinesias promises to only think about a treaty of peace for Athens and Sparta, Myrrhine disappears into the Acropolis and leaves her husband in great pain.

A Spartan Herald approaches the Acropolis and he, like Kinesias, suffers an erection. The Spartan describes the desperate situation of his countrymen and pleads for a treaty. Delegations from both states then meet at the Acropolis to discuss peace. At this point, all of the men have full erections. Lysistrata comes out of the Acropolis with her naked handmaid, Peace. While the men are fully distracted by Peace, Lysistrata lectures them on the need for reconciliation between the states of Greece. Lysistrata reasons that because both Athens and Sparta are of a common heritage and because they have previously helped one another and owe a debt to one another, the two sides should not be fighting. Using Peace as a map of Greece, the Spartan and Athenian leaders decide land rights that will end the war. After both sides agree, Lysistrata gives the women back to the men and a great celebration ensues.

A few years ago, I watched a talk by Ester Perel: she was workshopping material for her new book, which outlines her new vision of masculinity. To argue for the side of “traditional” masculinity she brought Pulitzer Prize winning playwright Ayad Akhtar (Junk, Disgraced), to discuss shifting power dynamics between men and women.

Akhtar is of Pakistani heritage and has written about the merging of the two cultures’ ideas about how to raise children, and more traditional ideas of masculinity clashing with the changing gender norms in the West currently. In the conversation, he read passages from his book which described the struggles of an immigrant father doing his best to pass on the wisdom of a father to his children.

“A man is a funny thing. A man is what he has. That’s the truth. Nobody wants to admit it. Everybody wants to say it’s something else. Something more noble. But it’s not. What a man has is what makes him in the eyes of the world, and in his own eyes. And the last thing a man wants to feel is that there’s another man out there who has what he doesn’t, and that the woman he might be falling in love with knows it.”

In the talk, Esther emphasizes many aspects of masculinity she sees as damaging to men, “toxic ideas”, which keep men imprisoned, in pain, and hopes to offer a new vision that allows men more freedom. To her credit, she asked women to take a small amount of responsibility for creating the prison that men find themselves in. However, she doesn’t discuss how women are sexual selectors and thus the makers of male behavior.

These three ideas—from Chapelle, Lysistrata, and Perel—share one fundamental truth: those who have power, those who exercise power, and those who know they have power—are not the same people. Esther feels genuine sorrow that men bear the burden of performance. Wouldn’t men be happier if they didn’t? Wouldn’t they experience less depression, suicide, isolation and more unconditional love if they didn’t? The answer to all of these questions is a resounding yes, but women like high performance and choose to f**k high-performance guys. We also must ask the other, related questions…wouldn’t the world be better off if cancer didn’t exist, and the sun wasn’t going to die…and children never grew up without parents due to early deaths? What is, and what should be, are often not the same and part of growing up is learning to distinguish between the two. Women, not men, create the burden of performance. Men exist to spread the virus we call DNA, and women are the vehicle through which nature propagates it. Women must choose the best DNA to propagate, or the species will not evolve and die off. Women create competitors, and thus the toxicity in men they so despise. If men didn’t need to perform, to bleed, to create and improve, nothing would exist. And yet, those who have the privilege of 50% of the population competing for them somehow view themselves as disempowered, and shriek at those same men to stop showing up to the competition they created.

Much of history is forgotten. There were women who understood the nature of the world, but much has been lost. The ancient Greek women like Lysistrata were brilliant observers of the levers of power. They understood that to an unsophisticated observer it might appear that men have the power, that power is sought to achieve a goal. If you understand the “why” of power, you are the one who truly holds the power. The war that was destroying Greece was stopped nearly overnight by a woman who understood the “why” of men’s power. Toxic masculinity exists only insofar as women want it to exist. The day women want men to be something else to gain access to their bodies is the day men become that something else. Lysistrata understood that to achieve something, we must be willing to give something up. To stand for something and be unwilling to give in until our demands are met. Having power and exercising power are not the same.

Chappelle points out that the women in the #metoo movement can’t see that they have the power. Even at a young age, Chappelle understood that if he wanted the world to change, he had to use the power he had acquired, which meant giving something up. Chappelle walked away from a $50 million dollar Chappelle Show extension on Comedy Central, when he was a broke, young comedian because it wasn’t aligned with his values. He didn’t singlehandedly change Hollywood, but he understood that it would never change unless people exercised the power they had, the power to walk away, the power to do things differently rather than going along with whatever the current structure demanded of him (it helps that YouTube, Netflix, and other new venues for TV and movies came to the fore not long after he left the Comedy Central network). MLK asked an entire city to walk to work for years. The current feminist movement asks for more, without being willing to accept the responsibility that comes with more. It wants freedom without responsibility, without sacrifice, forgetting that in the real world, it is the responsible who gain, hold, and wield power. Pure “freedom” is for children, and for kept women. Chapelle is saying that if you want a man to fix your problems, to do the hard work and make the sacrifices it takes to change things, then you’ll have to give that man what he wants…it’s turtles all the way down.

The End of Women

The technological and social changes of the last 60 years have created extreme disruptions in the way men and women carry out the mating dance. The battle of...

The Paradox of Choice

The feminist movement is one of the best illustrations of “Be careful what you wish for”. The movement’s success created a paradox for itself: as women’s...

The Last Psychiatrist, one of my favorite writers, is famous for banging the drum about the most narcissistic generation in history: “Narcissists don’t feel ...

Consent is a Low Bar

Historically, in western societies, sex before marriage was rare: families and communities exerted significant pressure on a man to “do the right thing” and ...